New players and old alike should take the brief time to catch up on what has happened in the worlds of both the future and the past.

Makdha Has arranged his plan for those wastelanders that have ventured this far and found Herman’s simulation. He has sprung his gambit to reintroduce the Archon Breed into the Wastes and damned are the consequences of such. Sanri and her compatriots have been resurrected to an unknown end and the Stumbling Prophet has been woken from a deep slumber that seems to have been the crux of Herman’s design. The party has turned on each other, some by choice, others by influence; and the certainty of the Wasteland and its brother world has never been held in question more than now. 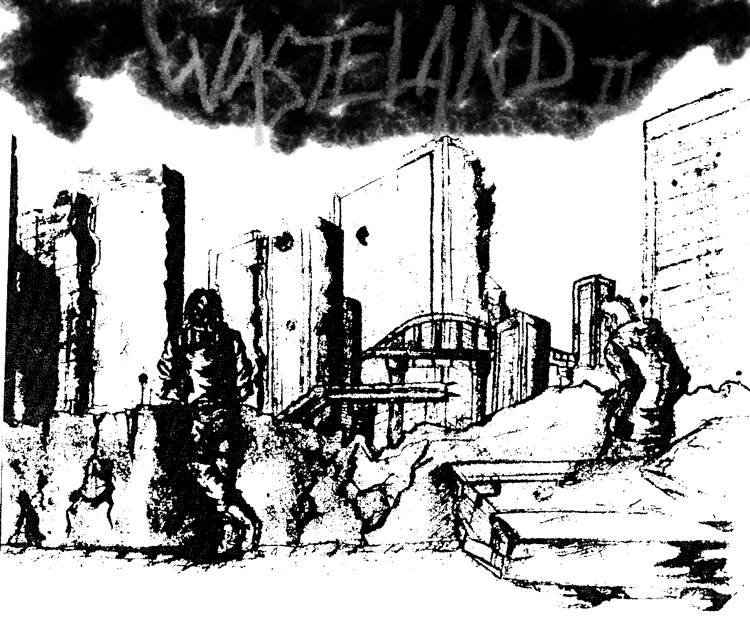 200 years after the events of Wasteland I and The Marchers’ actions, the Wasteland has changed. Humanity has risen to power under the leadership of Altfelter and the mutants have formed into an expansionist empire under the new Garro; Hully-Mentayis.

Because many people had work related activities on Saturday, Wasteland will be hosted this Wednesday at the usual time. If you can’t make it, please let Jon know so he can make the necessary accommodations. Hope to see you guys there!

Wasteland has officially moved to the saturday slot, we start at around 5 pm as usual, Nothing on Wednesday for now

Everyone, Wastelanders all, as we all know I won’t be there on this Wednesday because my mom is coming into town. So here’s my announcments

1: Music music music – get it to me.
2: Be sure to have your new characters conceptualized and rearing to go next Wednesday. Chapter 2 will commence in full.
3: Please remember to keep updating your character profiles, PLEASE!
4: Don’t be afraid to write into some of the new tabs under the Wiki, if you know something about it that is
5: Make sure to keep your old character profiles just the way they are, no changes.
6: Have fun at Cavary’s Campaign, I’ll miss hanging out this week!

Authored from the nonexistent desk of Jon Covyeau and Jack Cayce,
Executive producer and writer of The Infernal Machine

We almost always hold the campaign every Wed at 5pm unless something comes up.

When is the next meet?

Indeed. Remember, if everyone gets those descriptions up by 12:00 pm tonight; then there will be a character spoiler for the next important NPC up by Tuesday. If those descriptions aren’t up by tonight though, the mutant army will benefit from it. Come on folks, it only takes five or ten minutes to do this and is a big help in visualizing for both me and Katie. Get it done for the group!

Today is when your character descriptions are due. Please write something, however brief! ~Dragon Lady

Thanks for updating your profiles everyone! Please remember: if your stats are not updated on your online profile, the stats you have written down will not count in-game. ~Dragon Lady

Starting research for the drakengard campaign; probably gonna take a while